Going For The Gold In Your Marriage 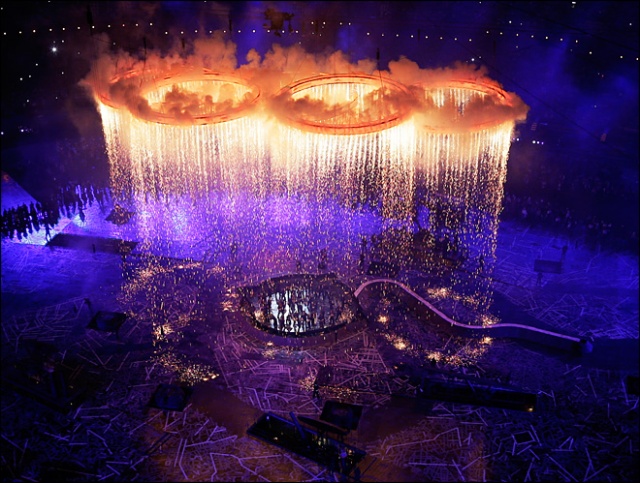 The opening ceremony took us on a walk through Britain’s rich history. It was quite the show, as it should have been for the entire production took seven years of dedication and practice to master.

The games started in earnest while I was sleeping. So the first event I watched was cycling. I’m always amazed to hear the stories of how long the athletes have worked for this moment in history.

One Swiss cyclist in particular, Fabian Cancellara, was enjoying the lead position. He miscalculated a turn which caused him to fall, severely injuring his right arm and shoulder. He got up and continued, even though he was unable to put any weight on that arm for the remainder of the race. Amazing devotion! He had one goal in mind–to finish–and nothing was going to keep him from crossing that line no matter the cost.

What an example of courage obtained through years of sacrifice and devotion.

This got me thinking. What if husbands and wives were to commit their lives to their marriages in the same way? What if each morning the husband was to first of all think of how he could better his marriage that day, rather than how he could fulfill his own interests? What if the wife was to seek how to grow in encouraging her husband and supporting him wholeheartedly without regards of self? How would their marriage benefit from such a mindset?

This is exactly what it takes to go for the gold in marriage.

It is both partners laying down their lives for the good of the other. If only one person in the marriage is willing to do this, the entire marriage is thrown off balance. In order for marriage to be the best it can be it requires total commitment, total sacrifice and total love of the marriage covenant.

Fabian may have not finished this race as he had hope–securing his second gold medal. However, it seems he has his priorities set in a way that is sure to inspire you:

“Fabian Cancellara headed to the hospital for an X-ray scan of his right shoulder.” The Swiss cyclist wept on television after the race was completed.

Cancellara, 31, is a four-time world time trial champion and Beijing gold medalist. His medal defense in the time trial is scheduled for Wednesday.

He recently surprised the cycling world when he pulled out of the Tour de France in the 11th stage for the birth of his second child, saying: “I am not only a bike rider, I am also a husband and father with another baby on the way.”

So as you and your spouse are sitting together watching the Olympics over the course of the next 16 days, let this be a reminder to consider how hard you are giving yourself to the event of your lifetime–your marriage! Who knows? Maybe one day you’ll stand before an angelic host as you hear your Heavenly Father say, “Well done, my good and faithful servant.”

Face it, marriage is hard work. But when cultivated daily the fruit produced will satisfy for a lifetime. We're here to help with ideas and encouragement along the way. Having been married 40 years and counting, we share what we've learned with practical tips, Biblical Truths, Date night ideas to help you plow your own vineyard for God's glory.
View all posts by Debi Walter →
This entry was posted in Christian Marriage, Growing Strong Marriages, Olympics, Priorities, Testimonies and tagged 2012 Summer Olympics, Beijing, Cycling, Fabian Cancellara, Going for the Gold, marriage, Olympic, Switzerland, Tour de France. Bookmark the permalink.

4 Responses to Going For The Gold In Your Marriage