What Marriage Is And Isn’t To Us 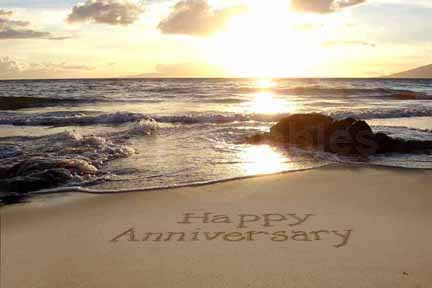 Today is our 36th anniversary–3 dozen years! It’s been quite the journey, and we couldn’t be more grateful to God who has made it all possible.

In 36 years we’ve learned about what marriage is and what it isn’t. If it were possible, we would love to have you over to our home, put on a pot of coffee or hot tea and sit in our kitchen talking about what we’ve learned all these years. We would love to help you see the big picture of marriage and not just what you’re facing today. We would love to encourage you on all the reasons it’s worth the effort. But this isn’t possible. So, we’ve decided to do the next best thing–have you fix your own beverage of choice, find a comfortable seat and listen in as we share with you what we’ve learned in the hopes of helping you stay the course for a lifetime.

At the end of this post we’ve added a form we would like for you to fill out. We started collecting the anniversary month and years of our readers. We believe each anniversary is to be celebrated, for it’s proof that marriage can and does last a lifetime. Won’t you take a moment to share your anniversary with us? And then, follow us on Facebook where each month we do a shout out to all the couples celebrating their years together that month. It’s a small way to make a big statement–Marriage Works!

Face it, marriage is hard work. But when cultivated daily the fruit produced will satisfy for a lifetime. We're here to help with ideas and encouragement along the way. Having been married 40 years and counting, we share what we've learned with practical tips, Biblical Truths, Date night ideas to help you plow your own vineyard for God's glory.
View all posts by Debi Walter →
This entry was posted in Celebrations, Christian Marriage, Growing Strong Marriages, Purpose, Seasons of Life, The Gospel & Marriage and tagged Anniversary, wedding anniversary, What marriage is, what marriage isn't. Bookmark the permalink.

3 Responses to What Marriage Is And Isn’t To Us