The Beauty of a Crimson Stained Marriage

The year was predicted to yield a bumper crop, a winemaker’s dream. The vines had experienced near perfect growing conditions all summer, and harvest was just beginning.

At 3:20a. on the morning of August 24th, the unimaginable happened. An earthquake measuring 6.0 rocked the Napa Valley in California wreaking havoc on the vineyards at the worst possible time of the growing season.

Precious hours that were normally spent hauling in the grapes now had to be given to assessing and repairing the damage. The cellars where the grapes were brought in were covered with fallen and broken barrels of wine leaving no room to store the harvest. 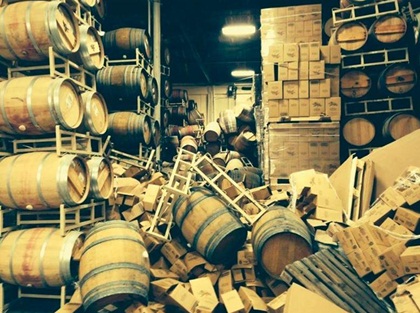 Tom and I had just visited the Valley only two weeks prior to the quake. One winery in particular, The Hess Collection, experienced devastating losses. Two 20,000 gallon steel drums holding the wine harvested in 2013, were tossed around like a ping-pong balls. 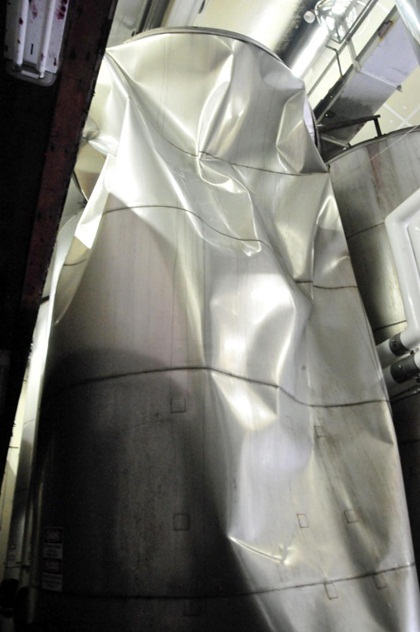 One broke and sent its contents pouring down the steps and into the courtyard of the winery. What was once a beautiful stone terrace, is now stained crimson red with Cabernet Sauvignon. A scar that will not easily fade. 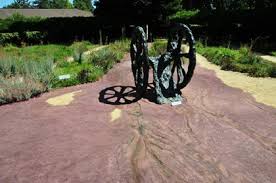 The wine that made it through unharmed was now more valuable than ever because of what it endured.

What a great metaphor for marriage.

No matter how strong your marriage all of us go through hard times. It can make quite a mess of our plans and dreams, especially when the conflict catches you off guard. Some difficult seasons we’ve experienced have left us wondering what happened?  How did we get here? And will we make it through?

Thankfully, by God’s grace, we did.

I imagine those workers in the winery wished the quake had never happened, but the good news is that the unbroken bottles’ value has increased significantly.

Visitor’s to the Hess Collection come to see the crimson stained terrace, making it a much-sought-after tourist stop. Not only is the wine worth more today than it was on August 23rd, but what it endured tells a story people want to hear.

If your marriage was a vineyard, what stories would it tell of survival and worth? I know ours is stained crimson red from many adversities that were meant to destroy us. We would never want to go through those times again, but we love to tell the story of what God did in our marriage as a result.

Chris Tomlin has a song titled, Love Ran Red, and I love this line most of all…“Where Your love ran red and my sin washed white, I’m in awe of You, Jesus.”

Tweet This: If your marriage was a vineyard, what stories would it tell of survival? I know ours is stained crimson red, and we love to tell the story!

Face it, marriage is hard work. But when cultivated daily the fruit produced will satisfy for a lifetime. We're here to help with ideas and encouragement along the way. Having been married 40 years and counting, we share what we've learned with practical tips, Biblical Truths, Date night ideas to help you plow your own vineyard for God's glory.
View all posts by Debi Walter →
This entry was posted in Christian Marriage, Difficulty, Growing Strong Marriages, Testimonies, The Gospel & Marriage and tagged Chirs Tomlin, Crimson Stained, Hess Winery, Love Ran Red, marriage, Napa Valley Earthquake, The Gospel & Marriage. Bookmark the permalink.