Pick Up On Aisle 4 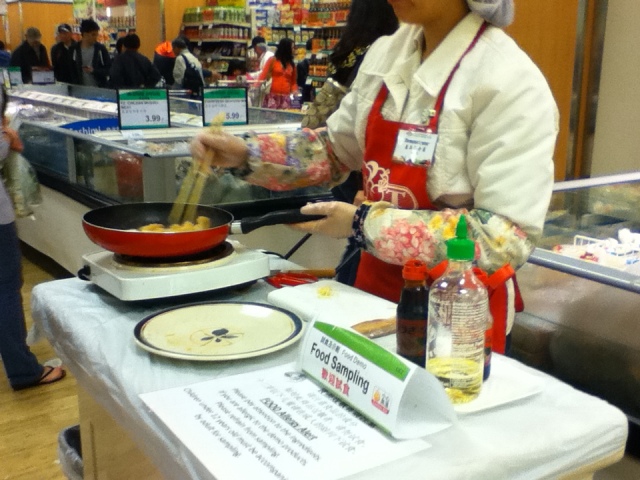 It’s been awhile since I’ve posted, but I have something to share I believe will help the husbands (and wives too).

Debi and I were shopping not long ago when something happened that surprised me.  Debi was on one aisle, and I had gone back to get something we missed off the list.  That’s when it happened.  A lady was offering samples and seemed to focus all of her attention on me.  She was friendly – lots of people are friendly, but she went out of her way to insist I try the product she was sampling.  She joked, she laughed.  I talked with her only for a minute as she handed me a free sample and that was it.  I found Debi, and we checked out.  But I knew what had happened felt different.

But what DID happen?  Nothing, really.

When we got in the car I told Debi about it.  I said it felt like she was flirting with me, and I wanted her (Debi) to know.  We talked more, Debi asked me a few questions helping me see if I was right about the whole thing.

A few days later the Lord prompted me with this thought: You enjoyed her attention.

What?! I did? This thought made me uncomfortable to say the least, because I love my wife.  But the more I thought about, the more I saw it was the truth.  I did enjoy it.  I liked being noticed, and one thought I heard loud and clear – I’ve still got it!

This led to another much needed conversation with Debi.  She listened and was actually encouraged.  That’s odd, I know, but I’ll explain.  She said she always wondered if I would even notice if a woman flirted with me.  This situation gave her the answer she didn’t even know to ask me.  And she was encouraged.

What I’ve come away with is this:

Guys, we can never let our guard down for a minute.  Temptation is everywhere – sometimes we see it, sometimes we don’t.  But when we do we have to first of all flee, and second of all – talk to our wife about it.  It may be hard for her to hear, but I guarantee she would much rather you tell her about a temptation, then to find out later you were hiding something from her.

“No temptation has overtaken you that is not common to man. God is faithful, and he will not let you be tempted beyond your ability, but with the temptation he will also provide the way of escape, that you may be able to endure it.” – 1 Corinthians 10:13

Sometimes the best “way of escape” is to tell the one God has joined you together with as one flesh.  My wife is not only my best friend, she is my best deterrent from sin.  I imagine your wife is too.  God designed it to be this way if we will only let them.

How would you handle a pick up on aisle 4?

16 Responses to Pick Up On Aisle 4