He Said, She Heard 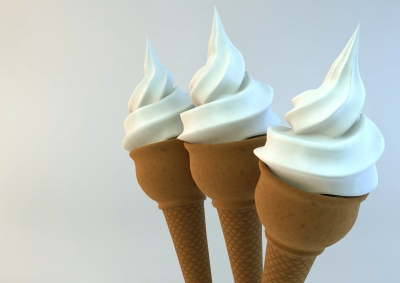 He: What do you say we go get some ice cream.

She: That sounds good, BUT I really don’t need it.

He: Yeah, and I don’t really want it.

An hour passes, and the conversation continues…

He: Weren’t we going to get some ice cream? Oh yeah, I remember, you don’t need it, and I didn’t really want it, but maybe I do.

He: I was just repeating what you said earlier about you not needing it.

She: But when you say it, it makes me feels like you think I don’t need it.

He: No, that’s not what I was saying at all. I was simply repeating what you had said about yourself.

She: But that’s not what I heard. It would have been better for you to say, ‘and you said, you don’t need it.’

He: I don’t get it. Why is it any different for you to say something and for me to say it?

She: Because when you say it, it makes me feel like you think I’m overweight.

He: Not at all. That’s not what I was thinking.

She: But that’s what I heard.

He: Well, you would be wrong then.

Have you ever had this kind of miscommunication? We certainly have, in fact the one above happened this past weekend! Sadly, the tone usually escalates into a heated argument over something silly, like ice cream.

We were talking about this with our good friend and pastor last night. His reply to Debi was, “Why didn’t you take the humble approach and say, ‘you’re right I don’t need it.’

It was a valid question.

Here are Debi’s thoughts on the matter:

Why didn’t I? I think it was because I wanted to be sure Tom understood me. I more than wanted him to understand me, I strongly desired his complete acceptance of me on all fronts. You could say I was craving something from him which was not healthy.

Anytime we are looking for our worth, value and acceptance from someone other than God there is most likely sin involved. We must be willing to watch our lives closely. When we react in this way, this is an indication of something wrong in our own hearts. Tom can’t make me sin. Sin dwells in my heart and only acknowledging it and repenting of it brings freedom. Not long, drawn out discussions of what “He said and She heard.”

So the next time you’re faced with this kind of disagreement, rather than rehash everything that he said and she said, look at your own heart and ask God, “Why am I reacting this way? What is this conversation revealing about my own heart?” This is how marriages grow in a healthy, God-glorifying way. And it happens one conversation at a time.

Have you ever had a “He said, she heard,” moment? Did you find resolve? Better yet, did you repent?

9 Responses to He Said, She Heard