Better Sex? Do You Want That?

We continue our series on Sexual Intimacy in Marriage with another great post by friend and marriage blogger, Julie Sibert of Intimacy In Marriage. 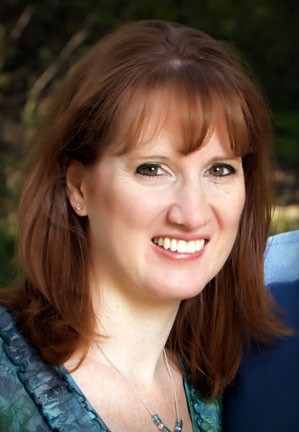 Okay, now that I have your attention, I can already hear some of you saying, “Better sex?!  I would settle for at least some sex!”

As someone who ponders about all things sexual in marriage, I have learned that frequent sex and quality sex are not unlike two favorite dishes on a buffet – I really don’t want to have to choose one over the other.  I want both.

I’m fortunate to be in a marriage where I get both.

I am sensitive, though, to the reality that not all marriages look like mine.  My heart grieves over the emails and comments I receive from readers sharing about the profound pain and heartache (and even anger) left in the wake of neglected sexual intimacy in their marriage.

While the circumstances may vary for each couple, there is a universal sense that the relationship has been compromised, left vulnerable to despair and oftentimes temptation. Sex is such a vital aspect of marriage, so when it is not nurtured, the fall-out can cause unfathomable damage.  The marriage becomes a barren wasteland, in many regards.

And oh how easy it would be to say the damage is just about physical losses.  A more discerning observation, though, reveals the deepest wounds of neglected sexual intimacy are emotional and spiritual.

If sex is a struggle in a marriage, the couple often is waging a frontline battle over frequency.  One spouse wants more sex than the other, and they just can’t arrive at a middle ground that is acceptable to them both.  They battle, battle, battle.

If quality is an issue, a couple usually is struggling with unresolved past pain, an unwillingness to communicate what is pleasurable, or a disagreement about what is “acceptable” from a Christian standpoint.  They are wading through a lot of clutter and can’t seem to find their way to a fulfilling sexual experience.

Regardless of the nature of the struggle, one thing is often universal – resentment and disappointment begin to take up residence.

Any spouse trying to justify that sex “doesn’t really matter” in their marriage need only look at the mountain of contrary evidence to see how shaky such a proclamation is.

Make no mistake – sexual intimacy does matter in a marriage. When a husband and wife stand firmly on that truth and intentionally nurture their sexual intimacy, they will intuitively and selflessly offer themselves to each other.

All these battles about frequency and quality virtually become non-issues when each spouse takes to heart the relentless honor of the Lord and of each other with their bodies.

The Lord in His infinite wisdom created sex to endear a husband and a wife to each other.  Such endearment is for their protection and their enjoyment, for sure, but it is also one of the ways He reveals His sacred regard for marriage.  When I started to truly understand this, I was in awe of God and His design of sex.

The intensity of orgasm? The creation of life? The bonding of two souls? The rawness of emotional and physical nakedness? The indescribable lingering effect?

Is it no wonder the damage that results when we downplay, disregard or mishandle something that is the work of the Master? If you want what God wants for your marriage (and I’m hoping you do), then I encourage you to start counting the costs of neglected intimacy.

Better sex isn’t just worth considering.  I’d run toward it with careless abandon, if I were you.

Julie Sibert writes and speaks about sexual intimacy in marriage.  You can follow her blog at www.IntimacyInMarriage.com. She lives in Omaha, Nebraska, with her husband, their two sons and one rambunctious German Shorthair Pointer dog who refuses to stay in the fence.

6 Responses to Better Sex? Do You Want That?